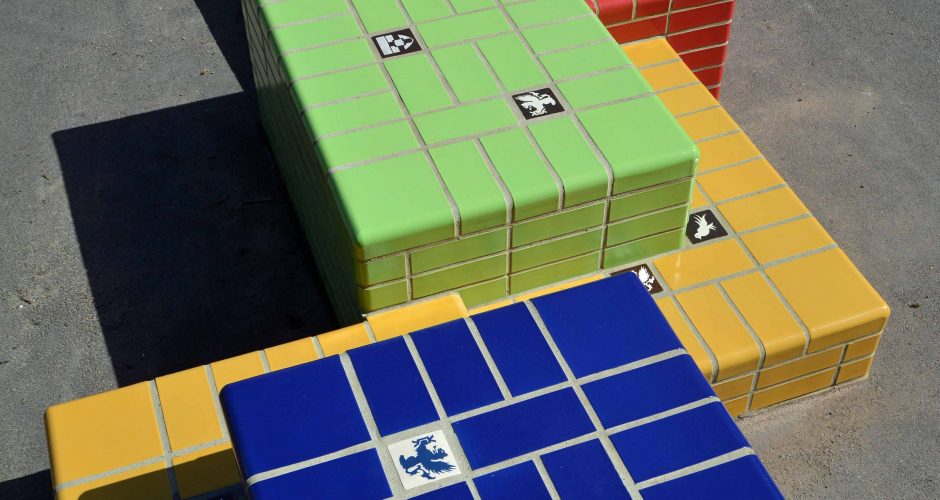 Belmont school is a preparatory school for children aged 7-13 set in 35 acres of green belt parkland in Barnet, North London. The colourful sculptural bench was built to mark the centenary of the school.

The brief for the bench was developed involving pupils of the school who gave their “wish list” for the sculpture. Words such as “school, fun, sociable, welcoming” were noted. The requirements from the school were: long-lasting, maintenance free and robust.

The result was the undulating bench constructed of brightly coloured glazed bricks arranged in an interlocking puzzle-like composition expressing interaction and the multicultural backgrounds of the Belmont students. Primary colours red, blue, yellow and green were chosen to represent the Belmont School houses. The undulating bench is achieved by steps of varies height each approximately 300, 450 and 600mm. These were designed to be comfortable for children of different ages and to encourage interaction between them during break times.

Within the top surface of the bench there were inserts of hand-made inlayed tiles featuring school motifs, such as parts of the school crest. 100x100mm Red terracotta clay tiles were hand made by Maria Gasparian using traditional inlay technique.

The installation is enjoyed and used by the children during breaks as a meeting point, for buddy meetings and as a reading spot. Since its completion it has proved a very popular and is constantly occupied by pupils during break times. 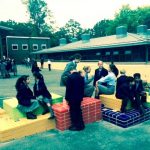 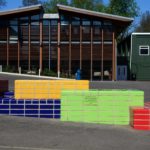 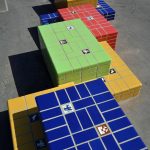 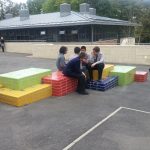 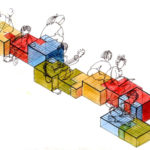